1.Your CV, also where have you coached, played, studied football etc...
My name is Kianosh Khodakaram but I shorten it for Kian Karam so it is easier for people to pronounce. I started out with Swedish youth teams before I at the age of 18 took over a local div 5 seniors team. After a couple of years with different tasks I was accepted into the Swedish football federation Football academy for coaches which was fulltime study for 3 years where I studied the art of football at University and that includes every aspect from tactics, anatomy physiology to details as planning and youth development. After this course I was a coach in div 2 Sweden which later on led me to Poland. After 4 years as coach in Poland as Analyzer for div 2 and premier League teams I have now moved on to the Liberian National Team as director for development but also as adviser for the Technical Committee for the Iranian Football Federation.

2. You just visited here in Turku. What did you do here?
I did not expect Turku to be as nice as this. It was an amazing city with a lot of different activities but since I was here on a football visit I tried to watch as much football as I could. Sunday night we watched TPS-HJK and it was the first game of Finnish football I had ever seen. We later on watched some practices led by my good friend Bo Augustsson but also from Simo Valakari and also one practice led by Marko Rajamäki. Unfortunately there was only the possibility to watch one practice from the senior’s squad since they had a trip to Wales for the UEFA Euro league. We also had the opportunity to Watch Inter-Honka on our last night in Turku.
Other than that I had a chance to discuss football with John Allan but also to have a short but interesting meeting with Mr. Casagrande. Overall I must say that it was a great time especially since it was so good weather all week.

3. What kind of football team TPS is? What do think about local training methods?
I only saw them play one game but from this game I could conclude that it felt like a game where TPS were looking for getting a draw. TPS tried to close down as much area as they could so HIK could not play their central game. I also felt that TPS had trouble with shifting the team from left to right. HIK during 4-5 times could play a simple cross from right to Dawda Bah on the left and Dawda was all alone and could advance 10-15 meters undisturbed, so here we see some issues with the chatting with the players and trying to help each other by talking to each other. I also by this game felt that TPS was excellent in the way they quickly had 7-8 players on the right side of the defensive line within 5-10 seconds after they had lost the ball high up in the field. There are a lot of points and views I could go through about the game but we can leave it for another time.

I must also mention that I am thrilled that Marko Rajamäki used so young players both on the pitch and on the bench, since many coaches get a little afraid to use young talents as soon as the results don’t go their way but this I did not see in Mr. Rajamäki.

Your question about local Training methods is interesting. Bo Augustsson as you know is one of Scandinavia’s most interesting academy coaches and it was interesting to see how he constantly used speed and movement in his way of teaching. Usually during academy training we see some “dead time” for the players where they stand and wait for their turn, but in Bo´s training there was no such thing. I also had the chance to see Simo and his team, and I was really impressed by Simo and his way of training. He was very relaxed with his players and I think that the players feel relaxed and comfortable with him and that they can perform during his helm. I see a bright future for him as a coach.

4. What are most important things in junior training?
I guess this is where Mr. Augustsson and I differ a little in way of thinking. I think junior trainings should consist only of technique training and passing and teaching the players the different methods of performing these abilities. During 1.5 hour training I would spend 1 hour on passing in different situations, with different parts of the foot, breast, head and so on. The rest of the time I would spend on the technical aspect so each young player can develop his/her own way of playing. But I don’t want to say that what Mr Augustsson was doing is wrong, but different coaches have different style of thinking and this is what makes football so amazing.
For me a player needs to pass the ball from different angles and in different speeds and in different situations almost 110-145 times per practice for him to get the right “touch” on the ball as a senior.
There is also the psychological aspect of the game, I feel that what Mr. Simo was doing with his players was excellent in the way that they feel comfortable to perform and they feel that they dare to try new things during the practice, it is very important not to push the young players during training so hard with running so that they have a feeling of not wanting to come to practice, since it is usually after the practices they do most of their playing themselves and with friends and we as coaches should not deter them from the love of the game.

I also want to mention that I feel it is very important that there is a “red line” between the A squad and all the way to 14 year old boys. It is important that there is some familiarity between the trainings that the A squad has and the youth teams. There is no point in the boys 14 training one type of training for 3 years and then another coach teaching them something else and when they come to the A squad they change the whole thing again. Players need familiarity and stability in their trainings to be able to perform and maximum every training every year until they are seniors. Some could argue that since TPS have changed manager for the Senior squad so often that it would be difficult to implement a so called red-line but my answer to this is that TPS should have a concrete idea of how they want to play football and what is most important for them and then only hire manager that agree with their way of thinking and this would make it easier for them for the future.

5. What are the biggest differences between Swedish and Finnish junior training?
I would not say that there are huge differences between Swedish and Finnish junior trainings, but there is a difference between Swedish and Finnish players in the way of communication during the practices. In Sweden the players speak a lot during trainings and they help each other during the game with saying simples phrases as “take left” , “fall back”, “push”. The practices I saw in TPS are very quiet and there was not much talk in between the players Also, there is some form of rivalry between the players of big clubs in Sweden. There are a lot of hard tackles and players try constantly to be better than the others and so on. This sort of rivalry I did not notice in TPS and this could be also positive. The players were very nice to each other during tackles and I did not feel any tense situations during the field or off the field.

6. What do you think about Iranian football today?
Iranian football is changing a lot now, we have been going through a generation shift and it has been very tough on us. We had a golden generation a couple of years ago with players like Ali Karimi, Vahid Hashemian and Ali Daei all players of Bayern Munich, Mehdi Mahdavikia of Hamburg and so on. Currently we only have Javad Nekounam of Osasuna and basically this is it. Out U.17 national team are Asian champions and they played the U.17 world cup last year and actually went through the group beating teams like Holland. We have a lot to learn from Scandinavian football when it comes to organization, honesty and finance and I hope that I can write a good report for the technical committee and maybe some change might happen after my visit here. I also visited Rosenbors BK and my good friend Mr. Erik Hamren and I have got a lot of influences the past couple of months. I am also hoping that we can stay in touch and have some form of cooperation between us. 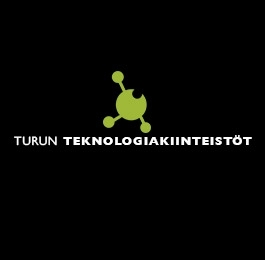 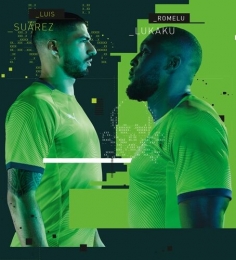 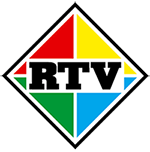 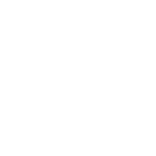